People have been doing this for years (celebrating Christmas in very different time zones than their families) but for Tim and I it was a first. A very different day from this time last year when Rochelle hosted a family Christmas with all the noise and excitement you’d expect with more than 11 children under 10 in the same house!

Phone/FaceTime calls punctuated the morning: Hunter and Lily excitedly showing me all the gifts they’d received; Felicity sleeping peacefully in her cot after a relatively quiet day; Emma getting all the kids bathed and into bed; Daniel’s relief that Ziggy was recovered; Mum’s delight that Dad had recognised her; Deb’s cool-ish day at the beach (though still warmer than the 4C we were expecting); Ben’s day spent with friends in far-off WA (too far away when we’re home, let alone now) …

We were keen to explore Cheddar but given the weather decided a walk up/through the Gorge was out of the question. A bacon sandwich fortified us for a stroll through the village and, once we’d added another three layers of clothing, we headed off.

What an interesting place. Tiny laneways, houses whose front doors open straight onto the street, stone cottages, old old pubs, and above all the Gorge looming overhead. I can see its appeal. 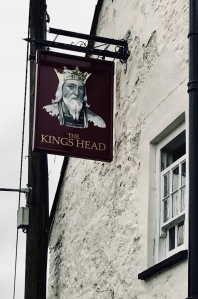 Craig spent hours in the kitchen and around 4 in the afternoon produced a Christmas meal unrivalled in my many years of Christmas meals! It was a Christmas meal that made sense. It was hot and hot makes sense when it’s 4C outside. Honey roasted parsnips, the most deliciously crunchy roasted potatoes, Yorkshire puddings (who knew they were so good!), rosemary and sage stuffing, pigs in blankets, turkey (beautifully moist) and more … much, much more.

We ate and ate … such good food … and then snoozed away the rest of the day in the warmth inside. It was raining outside and so spending a quiet evening in was just what the doctors needed!