Another shot from the William Ricketts Sanctuary in the Dandenong Ranges. Between 1949 and 1960 Ricketts (1898-1993) travelled to Central Australia and lived with the Pitjantjatjara and Arrernte Aboriginal people. He also spent two years in India (1970-1972) living in an ashram learning about the philosophy of Indian people.

The traditions and culture he experienced in Central Australia inspired many of his sculptures. This is one work that shows that influence very clearly.

While the cracks in the sculpture weren’t deliberate, they help to convey a message about the fragility of life and culture and tradition. 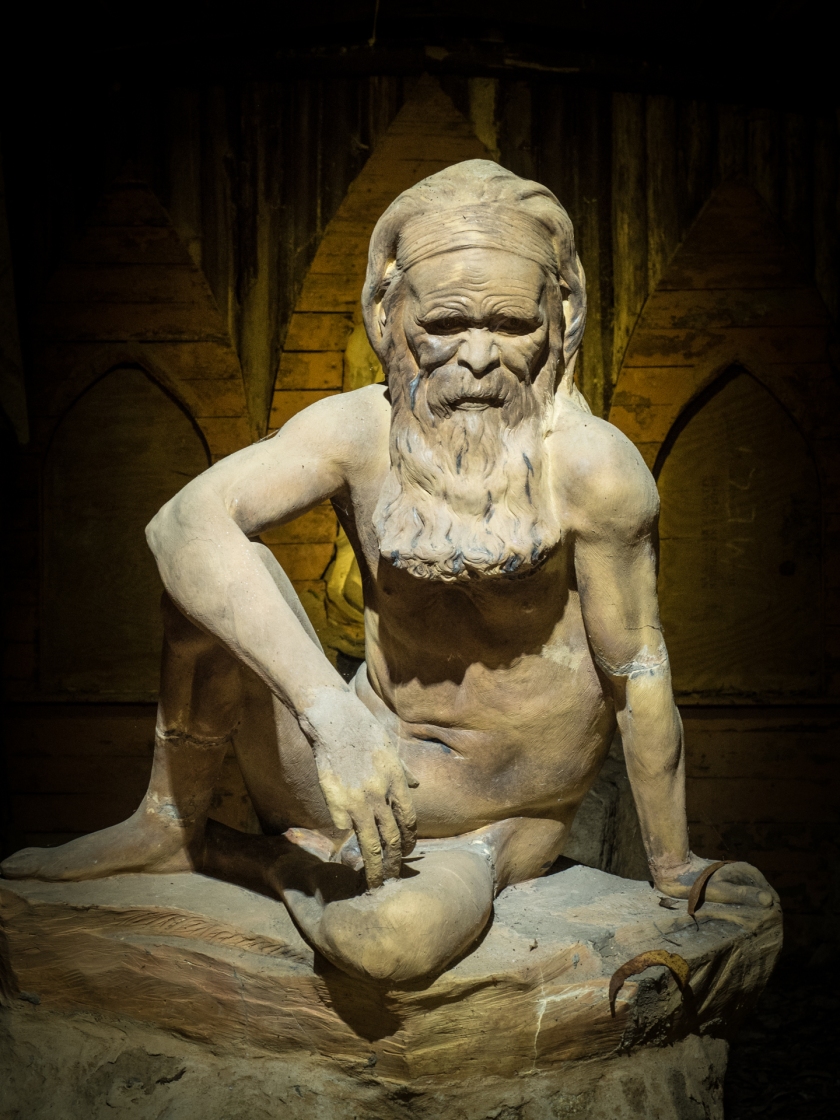