On this day 38 years ago, I became a mother for the first time! In some ways it seems like just the other day, but in many (many) more ways it feels like a lifetime ago. I suppose it was – Ben’s lifetime ago!

Ben and I had to stay in hospital for ten days after he was born because he was jaundiced. I had to stop breastfeeding him – in those days breast milk was said to make jaundice worse, but I think the thinking has changed on that in the years since. During those ten days, the babies would be brought around at four hourly intervals to be fed – no feeding on demand back then – and they’d be brought round on a four-berth stainless steel cart with four slots in it for the babies. You could go and visit them in the nursery between feeds, but it wasn’t encouraged. When babies slept (or cried out of ear shot) that was the time for mums to rest.

Matrons controlled the nurses with an iron fist and they all wore hats – it really was a different time.

And now Ben is 38. I can remember when I was 38! When I was 38, my eldest grandson, Ben’s eldest son, had just turned two. Ben’s youngest son is about to turn two in a few months’ time. The circle of life!

Here’s Ben with Grandma – he’s not so chubby anymore, but he’s still as cute!! 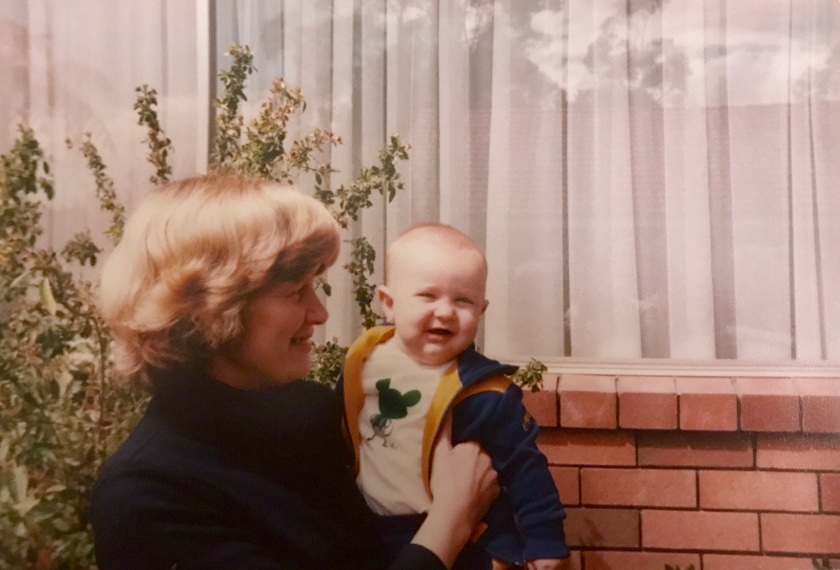