Let me fill you in.

The message that he wanted to go to Antarctica swept through the family: Dad mentioned it to me, and to my husband Tim; he mentioned it to Warren, my younger brother, to Ben, my eldest son, and to Daniel, my second eldest son. Except, for some reason, it didn’t reach as far as Debbie, my older sister.

Anyway, he was getting the word out to all those he came into contact with. Putting the feelers out, as it were – seeing what others thought of his idea. His friends said he was mad, but we all said, go for it.

I didn’t think any more of it, until one day a week or two ago when Warren rang me asking if I’d like to go too. Yes, Sharon, to Antarctica. He asked me because Mum had asked him, and he couldn’t, so as I was next in line Warren called me (in a reversal of the usual way these things work from oldest to youngest).

I said I would. Warren spoke to Mum and Mum, as mums do, made it happen.

Our lanyards arrived along with some colourful brochures filled with information about the great white land to our south, a map, and other practical information (like, you won’t need warm clothes because you won’t be getting off the plane).

Dad arrived in Melbourne a few days before the big event; became acclimatised, packed (and repacked his bag), and then it was THE day.

It was also V day.

You know … the one with red roses and chocolate.

But still, going to Antarctica is not a bad consolation prize!

So we were up early and out to the airport, camera packed and ready for some scenery to shoot.

For the first half of the trip (the first six and a half hours) I had a window seat, just at the back of the wing. Dad was next to me, and Aaron – also travelling with his father – was on the aisle. He was quiet, unlike the girl behind us who gave 80 year-old Bill, the guy in the seat behind me, her whole life story within the first hour of the flight. She was a talker and Bill, a former teacher from Queensland, was patient and gracious. Bill’s two sons had given him the trip for his 80th birthday. He seemed a little non-plussed by it to be quite honest.

Along with the pillow, the blanket, the headphones, and some information on Mawson’s Hut all sitting on our seats, there was also a snack pack in the seat pocket containing M&Ms, soy snacks, nuts, a bottle of water, and something else, but I can’t remember what it was.

We departed at 8:30am and by 9am Dad had eaten all his M&Ms. Staff from Antarctic flights came around to welcome us on board with a chocolate heart. Dad had just finished the M&Ms, and so had a chocolate heart chaser. The flight attendants then came around to offer us a drink. Given that it was 9:30 in the morning, I played it safe and asked for a cup of tea.

Dad was having none of it – he ordered a little bottle of cabernet merlot. And drank the lot just before brunch arrived about 10:30.

Forty-five minutes after take-off we were over Tasmania and I was surprised to see so much smoke still in the air. For some reason I hadn’t realised the fires were still burning.

Fast forward through the four hours it took to get to Antartica – four hours of chatting to others, reading, listening to interesting commentary from some science boffins on board, and in Dad’s case, buying a cap to commemorate the journey – and we reach the ice.

The sun is shining – it’s a beautiful day – and the ice is gleaming. Initially we see little pieces of ice (and I’m sure there is an official name for it), and then bigger pieces and then the icy continent itself.

Here, see for yourself … these are not in any particular order … 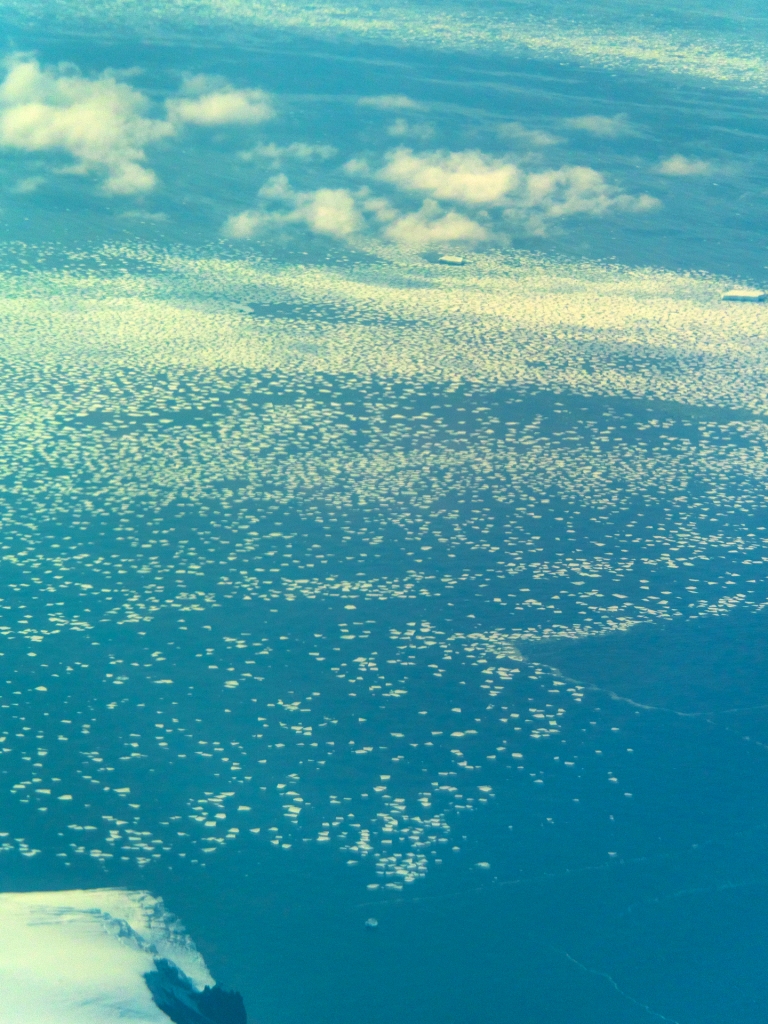 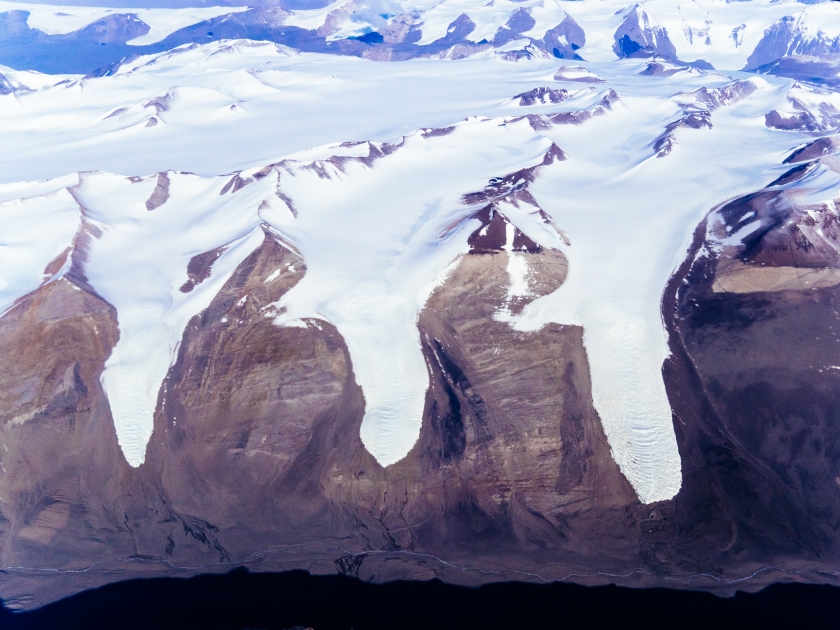 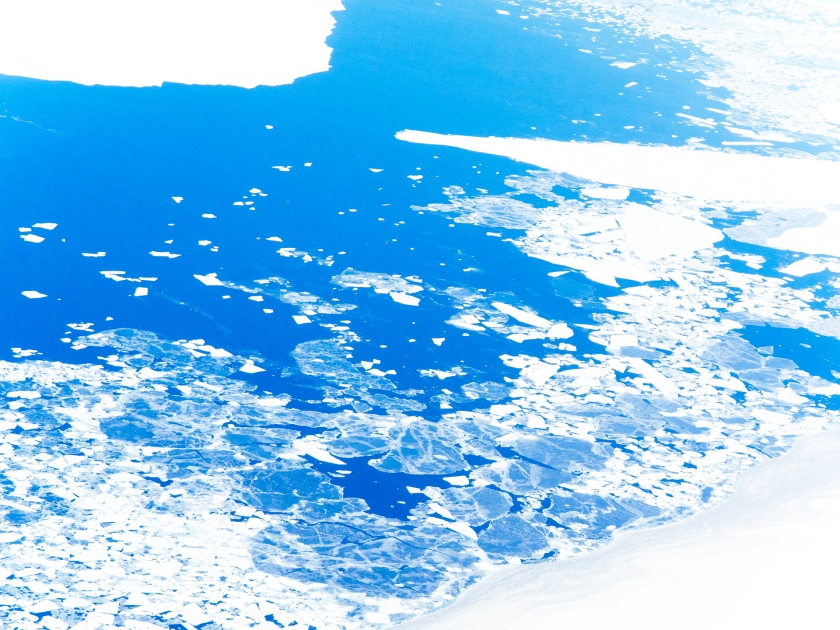 In addition to being glued to the window, I spent an educational half hour with an elderly lady who admitted to being disappointed that we hadn’t flown over any of the cities in Antarctica. I asked her what she meant and was held spellbound by her insights that gave me the distinct impression that she was completely bonkers.

I wonder if she’s now at home telling her friends about the woman she met on the plane who seemed to take her ideas of sub-tropical Antarctica populated by non-human beings made from energy with fibrous limbs that enabled them to glide over the ice, seriously.

An hour late, after 13 hours of flying, we landed back in Melbourne with a thud (for which the captain humbly apologised), and taxied to our gate. It was time to leave. We said goodbye to Aaron and his Dad; to Bill, the 80 year-old from Tambourine; and to the woman with the interesting ideas about aliens living in cities in Antarctica; to the science boffins; the flight attendants who had done a wonderful job of looking after us; and to the person in the Penguin suit who had bought some light relief to a planeload of slightly drunk Antarctic wannabe explorers.

All in all it was a great trip and I’m very glad to have had the opportunity to do it.

Thanks Mum and Dad!!